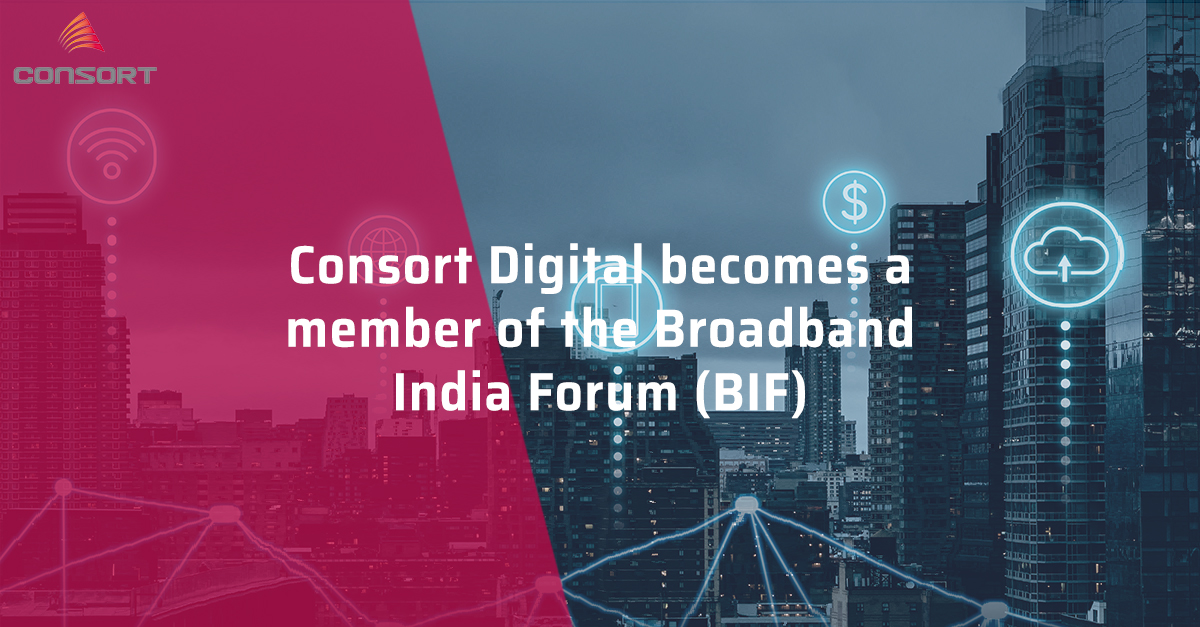 Consort Digital has become a member of the Broadband India Forum (BIF). Broadband India Forum (BIF) functions as an independent policy forum and think-tank that works for the development & enhancement of the entire broadband ecosystem in a holistic, technology-neutral and service-neutral manner. BIF’s endeavour is to promote, support and enhance all policy, regulatory & standards initiatives for the proliferation of high-quality broadband in the country to empower consumers with efficient and economical broadband to realize the true Digital India. BIF works closely with the Government and the Regulator in this mission. Formed in October 2015, BIF is a dedicated forum with participation from all stakeholders, including Technology Providers, Telecom Operators, Internet Service Providers, Value-Added Service Providers, Satellite Operators and service providers, MSOs, Startups and professional entities, as well as seasoned Industry professionals who are familiar with different technologies, operations, regulations and policies. BIF has, in this short period of time, established itself as a thought leader, having contributed significantly to regulatory and policy consultations, and built up a good level of credibility, reputation and standing with critical institutions in India.

How can we help you?